Who was Albert Pike?

Tell Me More About Albert Pike

Very few outsiders know about the intimate plans of Albert Pike and the architects of the New World Order. In the 19th Century Albert Pike established a framework for bringing about the New World Order. Based on a vision revealed to him, Albert Pike wrote a blueprint of events that would play themselves out in the 20th century, with even more of these events yet to come. It is this blueprint which we believe unseen leaders are following today, knowingly or not, to engineer the planned Third and Final World War. 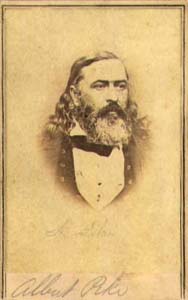 Albert Pike was born on December 29, 1809, in Boston, and was the oldest of six children born to Benjamin and Sarah Andrews Pike.  He studied at Harvard, and later served as a Brigadier-General in the Confederate Army. After the Civil War, Pike was found guilty of treason and jailed, only to be pardoned by fellow Freemason President Andrew Johnson on April 22, 1866, who met with him the next day at the White House. On June 20, 1867, Scottish Rite officials conferred upon Johnson the 4th to 32nd Freemasonry degrees, and he later went to Boston to dedicate a Masonic Temple.

Pike was said to be a genius, able to read and write in 16 different languages, although I cannot find a record anywhere of what those languages were.  In addition, he is widely accused of plagiarism, so take with a pinch of salt. At various stages of his life we was a poet, philosopher, frontiersman, soldier, humanitarian and philanthropist. A 33rd degree Mason, he was one of the founding fathers, and head of the Ancient Accepted Scottish Rite of Freemasonry, being the Grand Commander of North American Freemasonry from 1859 and retained that position until his death in 1891. In 1869, he was a top leader in the Knights of the Ku Klux Klan.

Incidentally, Freemasonry itself is a fascinating subject and I could devote an entire website to it. Simon Gray, a Freemason, has compiled a stunning amount of information on Freemasonry that I recommend for anyone who wants to learn more about it.

Pike was said to be a Satanist, who indulged in the occult, and he apparently possessed a bracelet which he used to summon Lucifer, with whom he had constant communication. He was the Grand Master of a Luciferian group known as the Order of the Palladium (or Sovereign Council of Wisdom), which had been founded in Paris in 1737. Palladism had been brought to Greece from Egypt by Pythagoras in the fifth century, and it was this cult of Satan that was introduced to the inner circle of the Masonic lodges. It was aligned with the Palladium of the Templars. In 1801, Issac Long, a Jew, brought a statue of Baphomet (Satan) to Charleston, South Carolina, where he helped to establish the Ancient and Accepted Scottish Rite. Long apparently chose Charleston because it was geographically located on the 33rd parallel of latitude (incidentally, so is Baghdad), and this council is considered to be the Mother Supreme Council of all Masonic Lodges of the World.


Pike's right-hand man was Phileas Walder, from Switzerland, who was a former Lutheran minister, a Masonic leader, occultist, and spiritualist. Pike also worked closely with Giusseppe Mazzini of Italy (1805-1872) who was a 33rd who founded the Mafia in 1860. Together with Mazzini, Lord Henry Palmerston of England (1784-1865, 33rd degree Mason), and Otto von Bismarck from Germany (1815-1898, 33rd degree Mason), Albert Pike intended to use the Palladian Rite to create a Satanic umbrella group that would tie all Masonic groups together.

Albert Pike died on April 2, 1891, and was buried in Oak Hill Cemetery, although the corpse of Pike currently lies in the headquarters of the Council of the 33rd degree of the Scottish Rite of Freemasonry in Washington, DC. see The Deadly Deception, by Jim Shaw - former 33rd degree Mason and Past Master of all Scottish Rite bodies.)

Albert Pike made his mark before the war in Arkansas as a lawyer and writer, but as a Confederate Brigadier General, he was, according to the Arkansas Democrat of July 31, 1978, a complete "WASH-OUT," not a hero. Yet, Gen. Albert Pike is the only Confederate general with a statue on federal property in Washington, DC. He was honoured, not as a commander or even as a lawyer, but as Southern regional leader of the Scottish Rite of Freemasonry. The statue stands on a pedestal near the foot of Capitol Hill, between the Department of Labor building and the Municipal Building, between 3rd and 4th Streets, on D Street, NW. More background on the colorful history of the statue can be found at the Masonic Info website.  During the 1992 presidential campaign, Lyndon H. LaRouche and his vice presidential running mate, the Reverend James Bevel, launched a mobilization to remove the statue of General Albert Pike from Washington, D.C.'s Judiciary Square. On February 1, the campaign drew an angry attack from freemasonic leader C. Fred Kleinknecht, who attempted to defend both Pike and the Ku Klux Klan from LaRouche and Bevel's attack.  A speech by Anton Chaitkin entitled 'Why Albert Pike's Statue Must Fall' can be found here (September 21, 1992).

The Illuminati and Albert Pike

Adam Weishaupt (1748 - 1811) formed the Order of Perfectibilists on May 1, 1776 (to this day celebrated as May Day throughout many western countries), which later became known as the illuminati, a secret society whose name means "Enlightened Ones".  Although the Order was founded to provide an opportunity for the free exchange of ideas, Weishaupt's background as a Jesuit seems to have influenced the actual character of the society, such that the express aim of this Order became to abolish Christianity, and overturn all civil government.

An Italian revolutionary leader, Giusseppe Mazzini (1805-1872), a 33rd degree Mason, was selected by the Illuminati to head their worldwide operations in 1834.  (Mazzini also founded the Mafia in 1860).  Because of Mazzini's revolutionary activities in Europe, the Bavarian government cracked down on the Illuminati and other secret societies for allegedly plotting a massive overthrow of Europe's monarchies.  As the secrets of the Illuminati were revealed, they were persecuted and eventually disbanded, only to re-establish themselves in the depths of other organizations, of which Freemasonry was one.

During his leadership, Mazzini enticed Albert Pike into the (now formally disbanded, but still operating) Illuminati. Pike was fascinated by the idea of a one world government, and when asked by Mazzini, readily agreed to write a ritual tome that guided the transition from average high-ranking mason into a top-ranking Illuminati mason (33rd degree). Since Mazzini also wanted Pike to head the Illuminati's American chapter, he clearly felt Pike was worthy of such a task. Mazzini's intention was that once a mason had made his way up the Freemason ladder and proven himself worthy, the highest ranking members would offer membership to the secret 'society within a society'.

It is for this reason that most Freemasons vehemently deny the evil intentions of their fraternity.  Since the vast majority never reach the 30th degree, they would not be aware of the real purpose behind Masonry.  When instructing Pike how the tome should be developed, Mazzini wrote the following to Pike in a letter dated January 22, 1870.  Remember that Freemasonry wasn't started by Pike - rather it was infiltrated by the Illuminati who were looking for a respectable forum in which to hide their clandestine activities:

"We must allow all the federations to continue just as they are, with their systems, their central authorities and their diverse modes of correspondence between high grades of the same rite, organized as they are at the present, but we must create a super rite, which will remain unknown, to which we will call those Masons of high degree whom we shall select. With regard to our brothers in Masonry, these men must be pledges to the strictest secrecy. Through this supreme rite, we will govern all Freemasonry which will become the one international center, the more powerful because its direction will be unknown."1

In 1871, Pike published the 861 page Masonic handbook known as the Morals and Dogma of the Ancient and Accepted Scottish Rite of Freemasonry.

After Mazzini's death on March 11, 1872, Pike appointed Adriano Lemmi (1822-1896, 33rd degree Mason), a banker from Florence, Italy, to run their subversive activities in Europe. Lemmi was a supporter of patriot and revolutionary Giuseppe Garibaldi, and may have been active in the Luciferian Society founded by Pike.  Lemmi, in turn, was succeeded by Lenin and Trotsky, then by Stalin. The revolutionary activities of all these men were financed by British, French, German, and American international bankers; all of them dominated by the House of Rothschild.

Between 1859 and 1871, Pike worked out a military blueprint for three world wars and various revolutions throughout the world which he considered would forward the conspiracy to its final stage in the 20th Century.

In addition to the Supreme Council in Charleston, South Carolina, Pike established Supreme Councils in Rome, Italy (led by Mazzini); London, England (led by Palmerston); and Berlin, Germany (led by Bismarck). He set up 23 subordinate councils in strategic places throughout the world, including five Grand Central Directories in Washington, DC (North America), Montevideo (South America), Naples (Europe), Calcutta (Asia), and Mauritius (Africa), which were used to gather information. All of these branches have been the secret headquarters for the Illuminati's activities ever since.

Albert Pike Defense:  Defenses of certain Pike assertions taken from Walter Lee Brown, Professor Emeritus of History at the University of Arkansas at Fayetteville and his book "A Life of Albert Pike," published by the U. of Arkansas press, 1997.

Freemasonry Inside Out: This sensational analysis of the Masonic brotherhood examines the basic question asked for almost 300 years by the general public and surprisingly by many masons themselves. â€œIf Freemasonry is simply a fraternal and charitable organisation, why is there an almost fanatical obsession with secrecy and mysterious rituals? CD-Rom.

Layout of Washington D.C. and discussion of how President Andrew Johnson considered himself to be the subordinate to Albert Pike, the leader of North American Freemasonry.

Looking for pictures of Albert Pike? 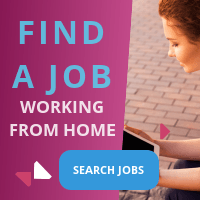